Hurricane Harvey dumped more rain than Hurricane Hiko did in 1950 in Hawaii. They have mountainous terrain, which is more likely to see heavy rain.

If Houston did have mountains, we could easily see over 100 inches of rain!

Two months ago yesterday, the Houston Astros played there first at home game at Minutemaid Park after Hurricane Harvey. Last night the Team that inspired us and took our minds away from the disaster we faced in the days following the flood waters, our Houston Astros are World Champions. #Earn History #Houston Strong 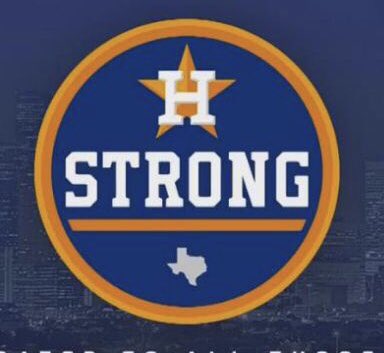 I read the report. Quite a read. The weak stationary cold front contributed to the widespread heavy rains. That is a similar setup with Amelia in 1978. It also possible that up to 70 inches of rain fell!

USGS releases Post Harvey Inundation Report. The report is detailed and mind blowing regarding what we endured last August.

WOW...so hard for me to read this
I remember working at GCOEM and hearing
"could be 70 inches of rain...who will believe this?"


Still people suffering today...
Just because you're disabled, you don't have to be a victim
Be Weather Aware & Prepared!
Barbara Jordan Winner in Media
Disability Integration Consultant
Top

This week will feature the one year anniversary of the landfall of Hurricane Harvey on the Texas coast. Each of us was impacted by Harvey in some way and this week will be a moment of reflection from the events of that week. Each day this week I will send out a collection of the daily e-mails from 2017.

The first e-mail I sent on Harvey was at 947am August 19, 2017 when the system was barely a tropical storm in the eastern Caribbean Sea and forecast to degenerate into a tropical wave.

Discussion:
USAF mission this morning has had a hard time finding a close low level center, but was able to finally close off a circulation in the last pass. Winds around the center are very light…running 15 kts or less. Based on the plane data it is hard to say that Harvey remains a tropical storm. The convective cloud pattern has gradually weakened over the last 24 hours with bursts of deep convection over the western side of the system and nearly no banding features. The small low level center is near the far eastern edge of the remaining deep convection due to continued ENE/NE shear across Harvey on the SE side of an upper level ridge of high pressure to its NNW. There is certainly good evidence this morning that Harvey may open up into a strong tropical wave axis which is common with poorly defined systems in this part of the Caribbean Sea. For impact/warning purposes the best course of action may be to let the current weak TS classification ride as the system will likely find better conditions in the next 24-36 hours.

Track:
Harvey continues to race due west under the belly of a strong mid level ridge axis north of the Caribbean Sea. There has been almost no latitude gain in the past 24 hours and the forecast track reasoning remains unchanged that Harvey will continue westward for the next 24-36 hours and will be approaching the NE coast of Honduras. Track guidance is in very good agreement through the next 36 hours both on the speed and track.

After 48 hours a complex forecast track scenario begins to develop as the large upper level low (TUTT) currently moving into the eastern Gulf of Mexico moves westward toward the NW Gulf/TX. This feature is expected to gradually weaken with time and develop into a weakness over the TX coast by the middle of next week. At this point Harvey should be reaching the coast of Belize on a general WNW track. As Harvey reaches the western edge of the mid level ridge over the eastern Gulf by the middle of the week the fast forward motion will slow. Harvey will cross the Yucatan and then potentially emerge in the Bay of Campeche by Wednesday where the track reasoning complications are plenty. Most of the global models show a weakness will remain in the sub-tropical ridge over TX into the end of next week which appears to be deep enough to weaken the steering currents over Harvey once in the Gulf of Mexico. A trough of low pressure will then move across the central US into the Midwest and help to erode the ridging along the US Gulf coast. The question becomes will Harvey be too far south to feel this trough and move generally WNW into Mexico or turn more NW/NNW toward the weakness. 06Z track guidance favored the more northern solution, but the recent 12Z guidance favors the southern solution. There has been little if any consistency over the last 24-36 hours with the track guidance beyond day 5.

Track confidence remains high through day 2-3 and then low after day 4-5.

Intensity:
Harvey is barely a tropical storm and it is very possible the system will open up into a wave axis today. Upper level NE shear will begin to relax over the system over the next 24 hours which should help to better intensification. As with Franklin last week in this same area…conditions in the western Caribbean Sea tend to always be supportive of development. NHC brings Harvey to a 60-65mph TS before landfall in Belize and keeps the system a tropical storm as it crosses the southern Yucatan and into the Bay of Campeche. There are many questions with regard to how long Harvey may be over central America and MX and what condition the system will emerge into the Gulf as which makes the later part of the intensity forecast poor.

Upper level low pressure system over the eastern Gulf of Mexico will slide westward and toward the TX coast over the next 24-48 hours with a return of daily rain chances starting this afternoon and through much of the week.

Upper level ridge responsible for the recent dry and hot weather will be slowly breaking down and replaced with a weakness aloft as an eastern Gulf of Mexico upper level low moves toward the region this week. Tropical moisture is already starting to arrive into deep SE TX and SW LA where regional radar show an increase in coverage of showers and thunderstorms. Storms will move WNW/W inland this afternoon along the favored Gulf and bay breezes, but will gradually run against mid and upper level ridging once N of I-10.

Moisture increases across much of the area on Monday and expect better coverage of showers and thunderstorms moving inland along the seabreeze. Best chance (40%) will cover those areas south of I-10 and chances falling to less than 20% around College Station. Rain chances will continue through the rest of the week as tropical moisture lingers and the weakness in the ridge continues across TX. By the end of the week a weak cold front will approach from the north and likely stall somewhere between Huntsville and Houston helping to keep elevated rain chances in place. Temperatures will run near seasonal mid August levels.

Solar Eclipse Monday:
A partial solar eclipse will occur across SE TX on Monday. The passage of the moon between the earth and sun will begin at 1146am Monday and a peak totality of 67% will occur at 116pm with the eclipse ending at 245pm. Showers and thunderstorms will likely be developing over the region during the 1100am to 300pm time period with cloud cover increasing especially after 100pm which may limit viewing of the eclipse.

Harvey:
USAF mission yesterday afternoon determined that TS Harvey had degenerated into a tropical wave axis. Overnight a large explosion of very deep convection developed along this wave axis and it appeared that Harvey may have been in the process of organizing again. However the first pass of a USAF mission this afternoon has not found any evidence of a low level center with uniform easterly trades through the tropical wave axis. The aircraft has just arrived into the area and will conduct a search of any evidence of a low level center for the next several hours. Should a center be found advisories on Harvey would begin again. The current NHC Tropical Weather Outlook gives Harvey a 70% chance of regeneration over the next 5 days either in the western Caribbean Sea or the Bay of Campeche.

How dry was the ground that week prior to Harvey landing?
Top
Post Reply